On 19 March 2020 Florim acquired Benefit Corporation status. From a legal standpoint, this is a momentous development, since the company has thereby integrated an additional purpose into its articles of association that goes beyond its traditional economic goals. In doing so, Florim makes its Mission – which has always focused on creating value for people and the communities in which it operates, as well as regenerating the environment – official, safeguarding it in the long term. Domitilla Dardi (Design Historian) asks the person who has most strongly advocated this important step, Florim’s Chairman Claudio Lucchese, about its significance for the company.

Benefit Corporations represent the evolution of the notion of a company because they integrate in their business model, together with profit targets, an explicit commitment to operate responsibly and sustainably, protecting the interests of stakeholders and the environment.

The way that we do business is changing and I believe that today companies must take serious steps to reconcile economic goals with the interests of people and the environment: this is the only way that we can conceive of a sustainable future.

Florim’s transition into a Benefit Corporation was nothing more than the formalisation of a course that it has pursued for many years. Measures included in the company’s strategy to minimize environmental impact and support employees and the local area were part of the way we do business before the concept of “sustainability” became widespread.

At Florim we have adopted three watchwords to guide our internal conduct: beauty, simplicity and humility; beauty, in its broadest meaning, achieved by working with a simple approach, together with determined and motivated people who stay out of the spotlight. I believe this perfectly sums up Florim’s identity.

You see, Florim has operated for almost 60 years and is rooted in the Sassuolo ceramic district. Founded by my father, Giovanni Lucchese, in 1960, the company has grown over the years to become the international business it is today, thanks to a strategy based on two main drivers: innovation and sustainability.

We have always produced ceramic surfaces for architecture and interior design and our group now employs around 1,400 people, spread over two production sites in Italy and the United States (Tennessee), and in various Flagship Stores in the world’s most important design districts, which generated a turnover of over 480 million euro in 2021. Anyone can assess our work by reading the Florim Sustainability Report, in which, since 2008, we have described all the projects that we have undertaken and which I believe to be the best way to understand the true essence of our Group.

Certainly and indeed our experience testifies to this: our financial results have always proved to be positively influenced by initiatives consistent with the guiding principles of a Benefit Corporation. I sincerely believe that today profit is a goal that can only be consistently achieved over time if companies operate responsibly, sustainably and transparently towards people, the local community, the local area and the environment in order to generate a positive impact at a global level; otherwise the market will tend to expel them. 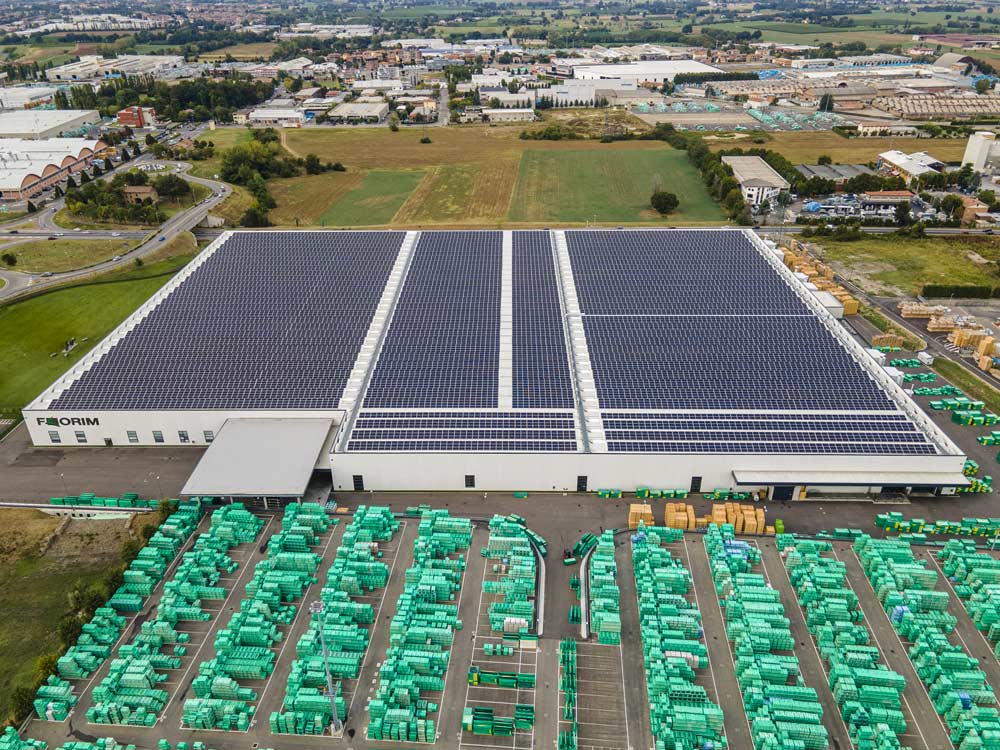 With regard to young people, major projects have been developed such as “Master in Florim” for young graduates and school leavers, as well as the Premio Lucchese, which has been running for over 30 years.

The former is a 6-month training programme that targets different professional profiles and is structured as a series of teaching modules that provide students with a broad knowledge of all the company departments.

The latter is an award established in memory of my father, which provides scholarships to school leavers with the highest grades from the Istituto Tecnico Industriale Statale A. Volta in Sassuolo.
I would also like to mention the Florim “Health&Training” Centre, recognised by the American Heart Association and built over 600 sq m within the headquarters, where where the Sassuolo Hospital manages and carry out training activities through the advanced simulation of first aid operations on the latest-generation humanoids and training. technical and specialist for medical and paramedical personnel of various hospitals in the area for medical and paramedical personnel of various hospitals in the area. The Center is also a place of reference for increasing the culture of prevention and the skills in carrying out first aid maneuvers through the "Health Meetings" in the population; conferences on the most correct lifestyles held in the spaces of our Gallery and addressed free of charge to employees and outsiders.

One of the Centre’s notable activities is the “Florim mette una virgola rosa” project, which has offered and encouraged all Florim female employees to have a free screening to prevent the most common cardiovascular and gynaecological diseases. Over 370 tests have been carried out, making it possible to intercept, in some cases, the initial stage of neoplasms which, without this preventive activity, could have degenerated and seriously compromised the health of the patients concerned.

Finally, on the subject of culture, I would like to single out the collaboration with the Peggy Guggenheim Collection in Venice, which was launched with a view to promoting art by supporting the museum and its extraordinarily beautiful collection.

First and foremost, respect for the nature of things, which for us means advocating durability and rejecting the unsustainable concept of planned obsolescence, as well as offsetting the effects of production, which is the only solution that is “honest” in energy terms and practicable in the long term.

The company operates 64,000 sq m of solar panels for 12,2 MWpof power, as well as two cogeneration plants, and together they can generate – under optimal conditions – up to 100% of the electricity necessary for the operation of the Italian production plants; moreover, we can recover 100% of the water used in the production cycle and 100% of the raw production waste, which is regularly reused in the process.

The projects most closely associated with the Benefit Corporation model also include other investments aimed at environmental protection, which total over 50 million euro since 2011. The company also oversees many charitable initiatives for the local area and families in need, which are carried out by the Fondazione Ing. Giovanni Lucchese.

If I had to sum it all up with a slogan, I would use “Time is on our side”: coined back in the ‘60s with Floor Gres (parent brand of Florim), the phrase was revived in the 2000s with a press campaign that still reflects the company’s values: resilience over time, respect for the environment and modernity. 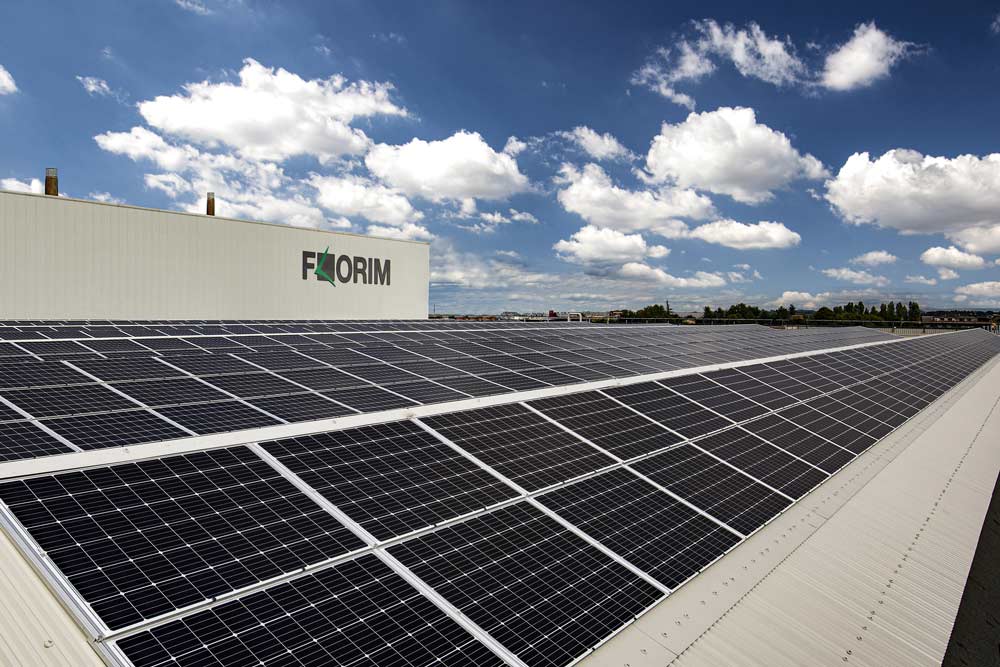 I am very proud to report that the environmental protection policy is closely followed by all employees. This commitment always goes beyond what is required by regulations and sets goals for continuous improvement in terms of products, processes and supply chain management.

As a consequence, we became the first ceramic company in the world to obtain the international UNI EN ISO 50001 certification for our Energy Management System in 2013. The Florim plants have also been certified – since 2010 – with UNI EN ISO 14001 for environmental management, which attests that our procedures comply with internationally codified processes.

We also pay considerable attention to the ceramic product, controlling all the raw materials used through specific software that monitors suppliers’ information on safety, distance from the quarry and recycled content declarations.

For me, being a Benefit Corporation means being part of a major movement whose main objective is to change an obsolete business model that no longer meets the needs of the present and future world.

I sincerely hope that the number of Benefit Corporations will steadily grow over the next few years so that we can create a new way of doing business with a positive and strong impact on the community and the environment, benefitting both our own and, above all, future generations.

Florim in December 2020 became the first porcelain tile manufacturing to obtain the B Corp certification, the most important recognition shared by transparent, sustainable and regenerative companies. This is an extraordinary achievement, especially for a manufacturing company active in a sector with a high intensity of energy and resources, such as that of ceramics. The B Corp certification comes in continuity to a path started long time ago. President Claudio Lucchese comments as follows: “We celebrate this important acknowledgement as a seal of our genuine commitment, not as the end point, but rather as a stimulus for the future”.

FLORIM IS B CORP CERTIFIED

We vied with the highest social and environmental performance standards, and after a long and scrupulous verification process, we became B Corp.

It takes more than figures to define a company.

Today, passion, innovation and a constant commitment to improvement are the long-established guidelines of the new, MADE IN FLORIM way of doing business.